A lot of adventures befell Spider-Man, but the biggest test for him, perhaps, was the appearance on the big screens. Comics, cartoons and series have made him one of the most recognizable superheroes. Therefore, one and a half dozen years ago, Sony decided to try to shoot the first full-length Pro fic. Moreover, “X-Men” already set the tone for such movies. This attempt was surprisingly successful, but now the character is a bit lost among the huge pile of other superhero movies. Therefore, let’s refresh our memories of Spider-Man on the big screens, because before the new tape appears, it is simply necessary.

The first Spider-Man movie was special, if only because it showed the main character as he should have been portrayed. Sam Raimi managed to combine many small details that most accurately reflected the image of the Spider, created many decades before.

The most important problem, perhaps, was the choice of an actor for the main role. It is difficult to say that Tobey Maguire was the best of all representatives, but his performance was generally liked by the audience, and he looked good in the frame.

The main task of the first film was to show the appearance of the hero, why he decided to fight criminals and his interaction with other characters. In this regard, the tape shows itself practically perfectly. We get to know Peter Parker, watch his development not only as a superhero, but as a person. This makes it possible to quite sympathize with the character after the death of Uncle Ben, to understand why yesterday’s school loser decides to help people instead of terrorizing New York. You really believe that this is how it should turn out…

The film had many embarrassments, such as: the spider sense works every once in a while, the diving suit that protects the hero from all harm, etc. These flaws can be considered almost the canon of Spider-Man tapes, so they should not be emphasized.

The first thing worth praising is Peter Parker’s love story. From the beginning we know about his feelings for Mary Jane. Their close acquaintance and subsequent development of the relationship parallels the development of Spider-Man as a superhero. If you throw something out of the film, it can lose a lot. This applies even to small details. The first thing that comes to mind is the special kiss between Mary Jane and Peter Parker, which the filmmakers later clumsily put to shame in the third part. And what do we have with the antagonist? Oh yes, Norman Osborn is portrayed almost perfectly in the film. This role is the best fit for Willem Dafoe, because playing a psycho and a caring father at the same time was simply destined for this actor. His character, after an unsuccessful experiment, awakens his second self, which gradually begins to control Norman’s actions. This “takeover” is fun to watch, especially when Osborn learns that Spider-Man is actually Peter Parker. However, the Green Goblin still wins. Expanding the limits of human capabilities, Norman becomes a victim of his efforts both morally and physically.

Almost all secondary characters have their own charisma. Even JJ Jameson, played by Jonathan Simmons, remains in the mind thanks to the excellent reproduction of the specificity of this person on the screen. And Bruce Campbell’s cameo? Sam Raimi does not forget about old friends, because after “The Sinister Dead” the actor’s career began to sink into the depths of the sea. Seeing Campbell in all three films was a really nice surprise.

After the final battle, one of the most logical questions arises: why didn’t Peter at least somehow delicately explain to Harry the death of his father, but simply made Spider-Man another enemy? It is difficult to blame the hero for something, but Spider creates many of his opponents on his own, as if confirming the fact that good cannot do without something evil. Well, Peter’s decision to push Mary Jane away from him is still logical. Throughout the film, he tried to establish contact with her… But what is the value of love if your girlfriend dies from another enemy? Yes, it is not very pleasant to hug a tombstone.

After a successful start, Sam Raimi was not allowed to stop, as a result of which the second part of “Spider-Man” was born. In general, everything was successful again. But there was one important hole in the plot of the film, which it was impossible not to pay attention to. It concerns the relationship between Peter and Mary. The main character seems to have decided to push away his chosen one in the first part, and in the second part he arranged a whole “Santa Barbara” on this occasion. Sometimes he wants to return his love, then on the contrary he pushes Mary away, then he tries to show her that she is priceless to him, then he talks about his indifference. Not even twenty minutes of the film pass without something radically changing in the relationship between these two. The screenwriter wanted to cause concern for the future of the couple, but did the opposite. What we were led to for so long in the first part of “Spider-Man” has turned into some kind of stupid game, in which the characters are played like children.

The audience’s attention was again drawn to the fact that it is difficult for Peter Parker to escape from human problems. Even more, this time the usual life affects him so much that he begins to lose his spider abilities. Therefore, the hero decides to leave the post of the savior of the city, throwing the Spider-Man costume into the trash. There was even a rather funny sequence in the film where JJ Jameson, who was brought Spider-Man’s outfit, decides to try it on himself. Maybe that’s why the head of the “Daily Bugle” despised Spider-Man, because he was always jealous of him.

In addition, we got another well-represented antagonist. Otto Octavius ​​(or Doctor Octopus) became a great replacement for Norman Osborn. He is perfectly suited to this kind of narrative, finally dotting the “and”s in the relationship between Peter Parker and Harry Osborn. Thanks to the doctor, the latter learns who is hiding behind the mask of Spider-Man. In this way, we were hinted at the further development of events… 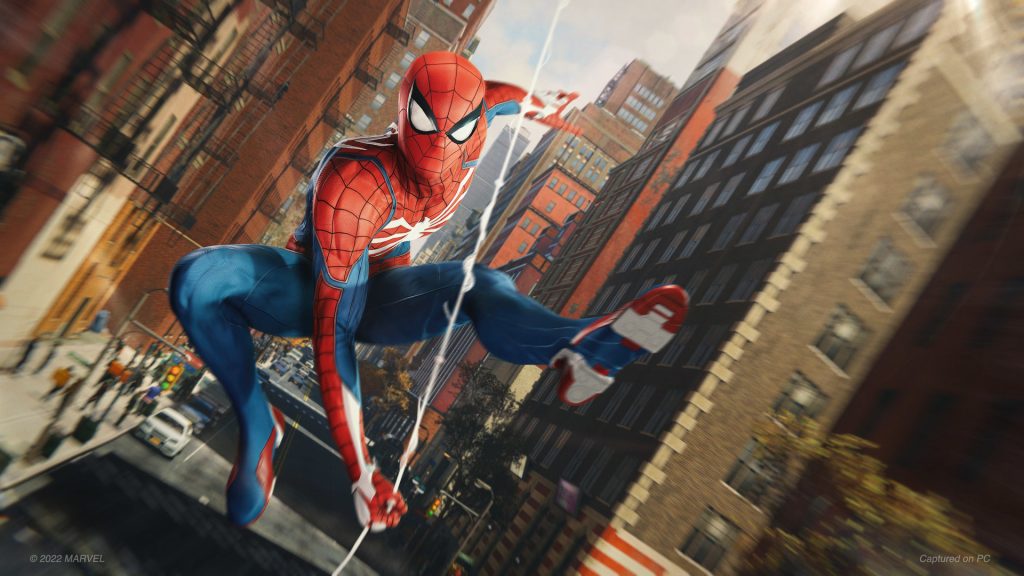 Everyone waited so long for the continuation of “Spider-Man” that after watching the third part, many were glad that the continuation of the franchise was never made, although they were planned. In the Ukrainian box office, they also stuck the prefix “Enemy in the Shadows”, which is not clear why it is needed at all. That said, this isn’t the film’s main problem. So much has been mixed up in it, making strange plot twists, that most of Peter Parker’s actions are simply absurd.

In the second film, although the characters ran after each other, and then they still pushed each other away, there is no need for a reason. Peter Parker is simply forced to become a doubn, who from a high mountain bet on the love of his life. Wow, nice plot twist. After being exposed to Peter Venom, things take a turn for the worse as he turns into a total goat. Maybe they just wanted to show us the fine line between a superhero and a villain, but even with one eye it’s hard to see it all.

The antagonist (at least not a scientist this time) in the third part is again a controversial personality. He seems to be trying to rob banks, but he’s only doing it for his sick daughter. Even in the comics, Sandman becomes an ally of Spider-Man. In the end, they prove it to us.

As for the execution, the script for the fourth part of the Spider was once even brought to a halt. The Vulture was made the main antagonist. But due to some internal conflicts and the physical form of Tobey Maguire, the project was frozen. Later, Sony simply rebooted the Spider-Man film series, which was a pretty good decision. Superhero cinema has changed, so Spider needed a somewhat modernized image. But was it as successful as the original trilogy?