DC Comics (founded in 1934 as National Allied Publications) is one of the largest and most successful companies operating in the American comic book market. It is the publishing division of DC Entertainment Inc., a subsidiary of Warner Bros. The owner of Entertainment, in turn, is Time Warner. DC Comics produces material featuring many famous characters such as Superman, Batman, Wonder Woman, The Flash and the rest of the DC Universe.

The initials “DC” are an acronym for the popular comic book series Detective Comics, which later became part of the company’s official name. The official headquarters of DC Comics until April 2015 was located at 1700 Broadway, Manhattan.

DC Comics occupies (according to data for 2011) about 31.50% of the comic book market in America, while its long-standing and main rival – Marvel Comics – about 45%. Third place is occupied by Image Comics – 5%. It all started with National Allied Productions, founded by Malcolm Wheeler-Nicholson in 1935, debuting with a large (tabloid-sized) issue of New Fun: The Big Comic Magazine. The company’s other title, New Comics #1, which first appeared in December 1935, appeared on comic book covers throughout the Golden Age of Comics. This title was later changed to Adventure Comics, and the series ran until #503 in 1983, making it the longest-running comic book series in history.

Detective Comics Inc. soon launched another series, Action Comics, the first issue of which introduced Superman (a character unrelated to Wheeler-Nicholson) to readers. Editor Win Sullivan decided to run the character after Sheldon Meyer pulled it from the letterbox.

Action Comics #1 was published in June 1938 and became a hit, creating a new archetype of the character now known as the “superhero”. The company soon introduced readers to other popular characters such as Batman and The Sandman.

On February 22, 2010, a copy of Action Comics (June 1938) was sold at an online auction for $1 million, breaking the previous record of $317,000 for another copy of poorer quality sold the previous year. Both the buyer and the seller remained unknown.

golden age
Soon National Allied Publications and Detective Comics Inc. united to form the National Comics company, which in 1944 absorbed the concern of Max Heine and Jack Leibovitz, All-American Publication. That same year, Gaines let Leibovitz buy out his stake, leaving only Picture Stories from the Bible to start his own company, EC Comics. At this stage Leibovitz oversaw the merger of All-American Comics and Detective Comics into National Comics. Following this, he began to organize the merger of National Comics, Independent News (its own distribution network), as well as x enterprises into a single corporation, National Periodical Publications. Shares of this company appeared on the stock markets in 1961.

Despite the official names of the companies, “National Comics” and “National Periodical Publications”, the comics were printed with the “Superman-DC” logo (the DC logo began to appear on comics from 1940) and the company became known as DC Comics long before the official registration of this of the title, which took place in 1977. 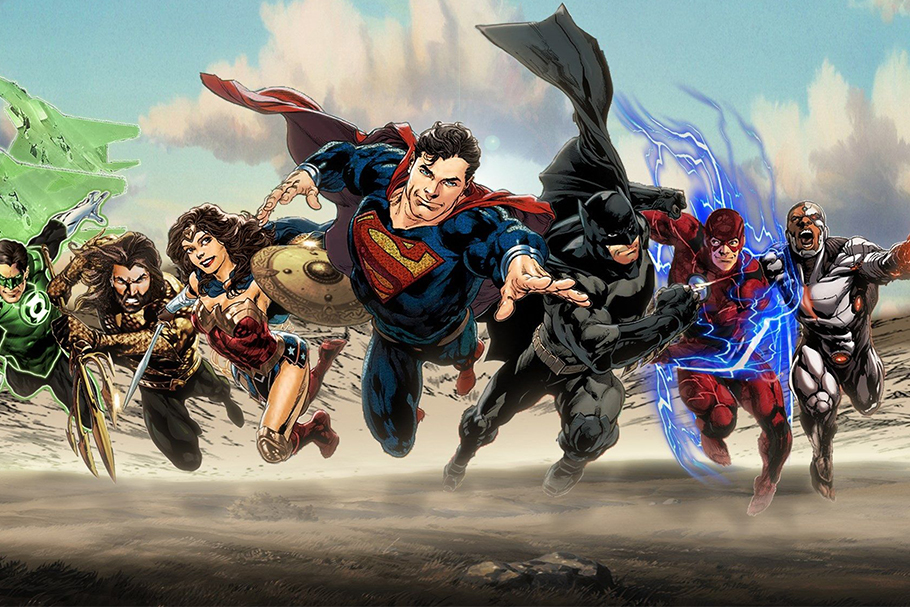 The company has aggressively fought back against copyright infringement – blatant copying of characters such as Wonder Man – the Fox Comics character Fox almost completely copied from Superman. An important milestone was DC’s lawsuit against Fawcett Comics over the Captain Marvel character, which at the time was one of the best-selling series. Despite the fact that the connection between Captain Marvel and Superman seemed quite controversial (Captain Marvel’s powers were magical in nature, unlike Superman’s powers), the court recognized the purposeful and deliberate copying of the registered material. Faced with cancellation of sales and subsequent bankruptcy. Fawcett gave up in 1955 and stopped publishing the comic. Years later, Fawcett ironically sold the rights to Captain Marvel to DC Comics, who in 1973 brought the captain to life in a new Shazam! series featuring art by Charles Beck. Before the character’s return to popularity and renewal, Captain Marvel appeared only in the morning show on TV, later taking a worthy place in the DC universe.

In 1967, a new company appeared – Marvel Comics, which is now the main competitor of DC in the market.

As the popularity of superheroes began to wane in the late 1940s, the company focused on genres such as science fiction, westerns, humor and romance. DC also published detective and horror stories, but very short, and thus avoided the anti-comics movement of the mid-1950s. Several popular series featuring superheroes (most notably Action Comics and Detective Comics) were not closed and successfully continued publication.

Until 2018, the publisher had only released The New 52 series, but in late 2018 announced plans to launch the DC Universe Rebirth series, events, and follow-up. On October 26, 2018, it was announced that a DC Universe Rebirth comic is scheduled to be released at the end of 2019, which will restart all the series, but at the same time will take place and continue the same stories in same universe as the previous series from The New 52.

Usually, DC comics were published once a month. However, at the end of 2018, the publishing house released two collection volumes at once, and in 2019 plans to continue such a double issue every month. In 2019, DC Comics imprint DC Black Label (“Batman of the Damned” and “Batman: The White Knight”) is also scheduled to launch. Also, comics from the Classic period (Golden, Bronze and Modern Ages and comics from the early 2000s) are sometimes released.