Wolverine is a fictional character appearing in American comic books published by Marvel Comics, commonly associated with the X-Men. His powers and abilities include a healing factor and his signature adamantium claws and adamantium skeleton.
After I became a major fan of Hugh Jackman’s irreplaceable Wolverine, I began reading his comics and watching animated series of this character. Now Wolverine is my number one favourite Marvel superhero! He takes it from nobody. No matter how big, no matter how fast, no matter how strong, no matter how dangerous, no matter how sly, no matter how deadly, Wolverine will always stand to fight for the greater good, even if he doesn’t think he is. His powers are so cool. He has rapid healing factor, retractable claws that can cut through anything and his low and dark voice is what makes his awesome! Seriously, this character is one of the reasons I like Marvel!

Hate to see wolverine at #3. He is supposed to be at #1 followed by iron man at #2. Rubbish list. Wolverine has been proved to be as agile and powerful as a athlete doing gold level stunts and at the same time, in his mind, he beats 3 supercomputers at chess. He is bad ass, strong, anti hero, epic regenerative skills, adamantium laced claws, street brawler, awesome physical strength… And the list goes on! Come on! Wolverine is the best marvel superhero! Vote for wolverine!

Wolverine has an indestructible adamantium skeleton along with sharper than a razor claws than can cut like a supernova through thin air. His regenerative healing ability is unmatched even by Sabretooth which has proven him to be hyper immortal, because even Asgardians can die. Although I chose Hulk to be an extremely close second, I believe Wolverine would outlast him and find a way to cut his head off. WOLVERINE #1

Wolverine is a straight up beast with razor sharp claws that can slash through anything, healing factor, enhanced senses, and a no back down attitude. Wolverine is by far the toughest superhero of all time. The best at what he does.

Deadpool is a fictional antihero created by Marvel who appears in their comics. Deadpool’s first appearance was in New Mutants #98 by Rob Liefeld and Fabian Nicieza in February of 1991. His powers include self-healing and super strength. He is regarded as one of the funniest characters in comics due to his tendency to break the fourth wall.
Deadpool is best because his healing factor is better than any other hero (considering he can reattach limbs), his fighting skills rival most, his arsenal can destroy many heroes (cough Spiderman cough), and his wit cannot be beaten. When it comes down to it, he could beat just about anyone by healing from their attacks while continuing to attack them. Eventually one of his bullets will be deadly.

DEADPOOL is number 1. I mean just look at him. Do you know someone more AWESOME than him? He is the best. THE BEST. DO you understand? He is immune to psychic attacks, he is almost immortal, he has the magic satchel (like of Doraemon’s 4th dimensional pocket) in which he can put a tank and He is awesome. Did I tell you that he is awesome? Yes? I’m sorry but he is so Awesome that I can’t say that He is awesome, He is the awesomest of the Heroes. He is number 1!. Thank you.

Out of all marvel “heroes” Deadpool is the only one who does good not for an ideal, but because he honestly felt like it. He’s also the only one who wears a mask not to protect his identity, but out of raw consideration for the casual observer. He’s a rolling ball of lusty empathy obfuscated by a completely understandable confusion about the difference between slaughter and laughter.

Deadpool should be number 1! He is like a comedian mercenary ninja! He has guns, swords, and humuor! Also he can put his legs back on if its cut off! He can put his arms back on! Also his head! And every single part of his body! He also has a nickname called Merc with a mouth! So guys, vote for deadpool! 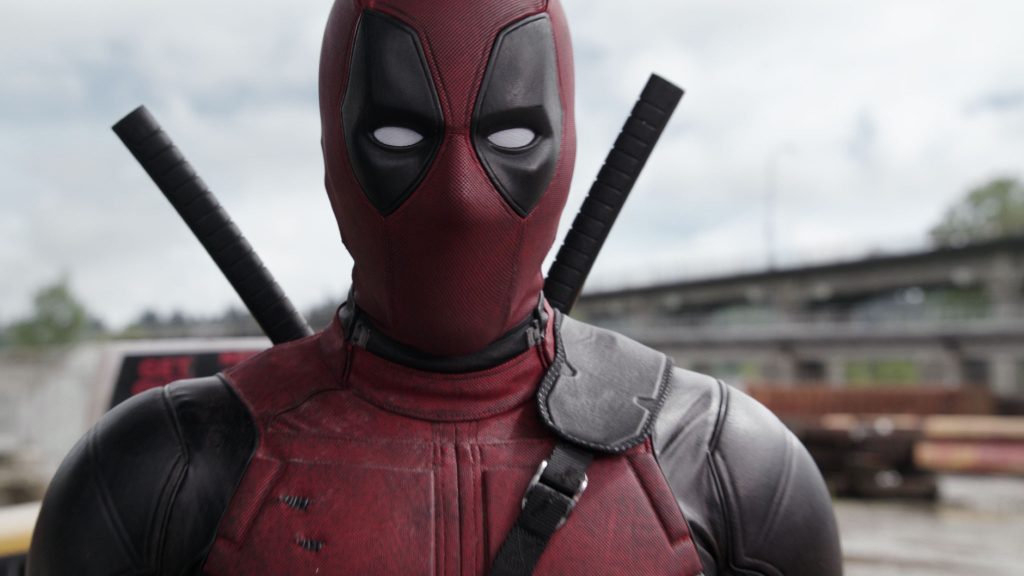