Marvel Comics or Marvel Publishing, Inc. is a New York company specializing in the publishing of comics and related media. Owned by Marvel Entertainment, Inc, which in turn is a subsidiary of The Walt Disney Company.

Marvel is known for such comics as Fantastic Four, Spider-Man, Incredible Hulk, X-Men ) and other. Most of the characters in Marvel comics exist in a fictional universe called the Marvel Universe; the action takes place in such real cities as Chicago, New York and Los Angeles.

The company’s comics division opened in 1939 as Timely Publications, and by the 1950s had become commonly known as Atlas Comics. Marvel acquired its modern form in 1964, with the implementation of the Fantastic Four and other superheroes created by Stan Lee, Jack Kirby, Steve Ditko and others. Marvel has since become one of the largest American comic book publishers.

The Marvel Comics company was created by the authoritative publisher of Pulp magazines, Martin Goodman, in 1939 as a group of subsidiary companies under the general name “Timely Comics”. The first publication was Marvel Comics #1 (October 1939), which introduced the Human Torch, an android superhero created by Carl Burgos, and the mutant anti-hero Nemor the Submarine, created by Bill Everett. The comic became very popular, although the company did not have enough of its own funds to meet all the demand, and had to use the services of a third-party company “Funnies Inc.”

While other Timely characters were not as popular as the Big Three, some notable characters from the era, such as Dziga, Miss America, Destroyer, the original Vision, and Angel, continue to appear in modern comics.

In the 40s, Goodman’s business grew, and it became clear that Simon needed assistants. Goodman then hired the son of his wife’s cousin, 17-year-old Stanley Lieber. Twenty years later, he will find worldwide fame under the name Stan Lee.

Martin Goodman founded the company later known as Marvel Comics under the name Timely Publications in 1939.

Sales of all comics dropped significantly in the post-war years, as the Superman image, popular during the Great Depression and the war, fell out of fashion. Like other comic book publishers, Timely—known in the 1950s as Atlas Comics—took a course on popular genres at the time: funny animals, westerns, horror, war, crime, humor, romance, espionage, and even medieval adventure. Such comics enjoyed varying degrees of success. Attempts to revive comics about superheroes in 1953-1954 with the participation of the Man-Torch, submariners and Captain America were not successful.

From 1952 to the end of 1956, Goodman distributed his comics through his own distribution company, Atlas. He later switched to the American News Company, the nation’s largest distribution company and a virtual monopoly, which soon lost a lawsuit to the US Department of Justice and went out of business.

The last comic to feature the Atlas logo was Dippy Duck #1, published in October 1957. The first comic with the “Marvel Comics” mark was the sci-fi anthology “Amazing Adventures” #3 (Amazing Adventures), which featured the “MC” logo on the cover. The comic was published on May 9, 1961, although the cover date was August 1961.[1]

At this time, Goodman, in the wake of the success of science fiction films, chose a new direction in comics, launching or reviving six series in this genre: “Wonderful Worlds” #1; “World of Fantasy” #15; “Amazing Stories” #67; “Journey to Mystery” #50; Disturbing Stories #1 and Spectacular Stories #1. Space fantasy comics were a failure, and by the end of 1959 most of the series (the Strange Worlds and Fantasy Worlds had been discontinued) had become second-rate monster comics. Most of the series were drawn by Jack Kirby (often colored by Dick Ayers), there were also atmospheric prison escape/jungle adventures and whimsical stories from Don Heck, comics by artists such as Paul Reineman and Joe Sinnott, and works by the creative tandem of Stan Lee-Steve Child 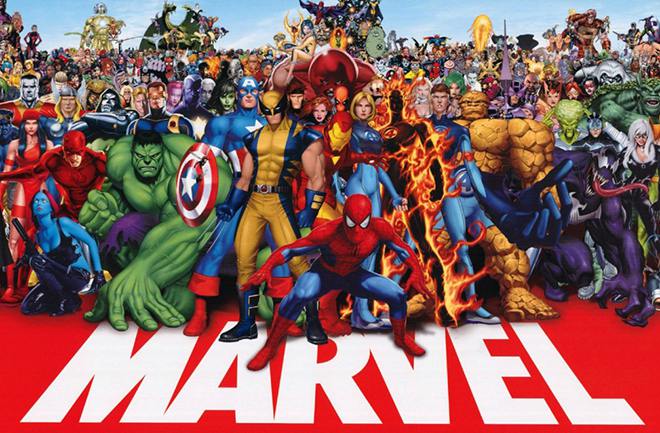 In the wake of DC Comics’ success in reviving superhero comics in the late 1950s and early 1960s, particularly with Justice League of America, Marvel decided to follow suit. According to a rather dubious legend, in 1961 Timely and Atlas publisher Martin Goodman played golf with a DC Comics boss (probably Jack Leibovitz or Irwin Donenfield) who was bragging about the success of Justice League (which originally appeared in comics “The Brave and the Bold” #28 (February 1960), and later got its own comic).

Editor and writer Stan Lee, along with freelance artist Jack Kirby, created the Fantastic Four, reminiscent of the quartet of adventurers from the Challengers of the Unknown comic, which Kirby created for DC in 1957. Contrary to the stereotypes of the genre, the heroes did not lead a double life and even initially did not wear costumes (there was one monster in their composition), cursed each other and experienced everyday difficulties, which came to be called the “superheroes in the real world” approach. As many comics historians note, this approach was the reason for the success of this comic and all subsequent ones based on it. On the wave of success, “Marvel” began to create comics about other superheroes and anti-heroes, such as the Hulk, Spider-Man, Thor, Ant-Man, Iron Man, the X-Men and Jackal, and such supervillains as Venom, Doctor Doom, Magneto, Galactus , Green Goblin and Doctor Octopus. The most commercially successful series of comics was The Amazing Spider-Man, created by Lee and Ditko.

In “Marvel” comics, special attention was paid to revealing the characters of superheroes. Yes, Spider-Man is a young hero full of contradictions and doubts, as well as the usual problems for a teenager. Most “Marvel” superheroes suffer from inner problems, from loneliness even more than ordinary people, in contrast to the perfect, handsome and athletic traditional superheroes of the early period. Some Marvel heroes are more like villains and monsters. At the time, this unconventional approach revolutionized comics.

Stan Lee’s name has become one of the most famous in the comics industry. Most of the heroes created at that time belong to his authorship – it is they who make up the bulk of the popular characters, about which comics are published today. Artists also had a significant influence on the development of comics: so the name of Jack Kirby can be seen in most of the space-themed comics of the time – “Fantastic Four”, “Mighty Thor”, the characters of the Watcher, the Silver Surfer[en] and Ego, the Living Planet[ en]. Steve Ditko was a leading artist in comics where naturalism prevails (such as in the cityscapes of Spider-Man) and Surrealism (as in the Doctor Strange comic). Together, they created the so-called “Marvel method”, which consists in the fact that the author comes up with the plot, the artist draws it and thinks through the fine details of the plot, dialogues and even characters, and then the author completes the process with the final polishing of the plot and dialogues.

In 1968, company founder Martin Goodman sold Marvel Comics and all his other publishing companies to Perfect Film and Chemical Corporation. All of Goodman’s former companies were merged into the “Magazine Management Co.” division, and Goodman himself remained the publisher.